On February 1, 2011, James T. Butts, Jr. was elected and sworn in as the 12th mayor of the City of Inglewood. During his first term in office, under his leadership Inglewood has experienced record low unemployment, the lowest homicide rate in decades, rising home values, and went from being on the brink of bankruptcy to being the future host of a Super Bowl and NCAA College Championship Bowl Game, the home of two NFL Teams, one NBA Team and the World Olympic Games.
On November 4, 2014, James T. Butts was re-elected Mayor of Inglewood with over 83% of the votes cast—the highest margin of victory in Inglewood electoral history.
On November 4, 2018, Mayor James Butts, Jr. was re-elected to his third term as Mayor. 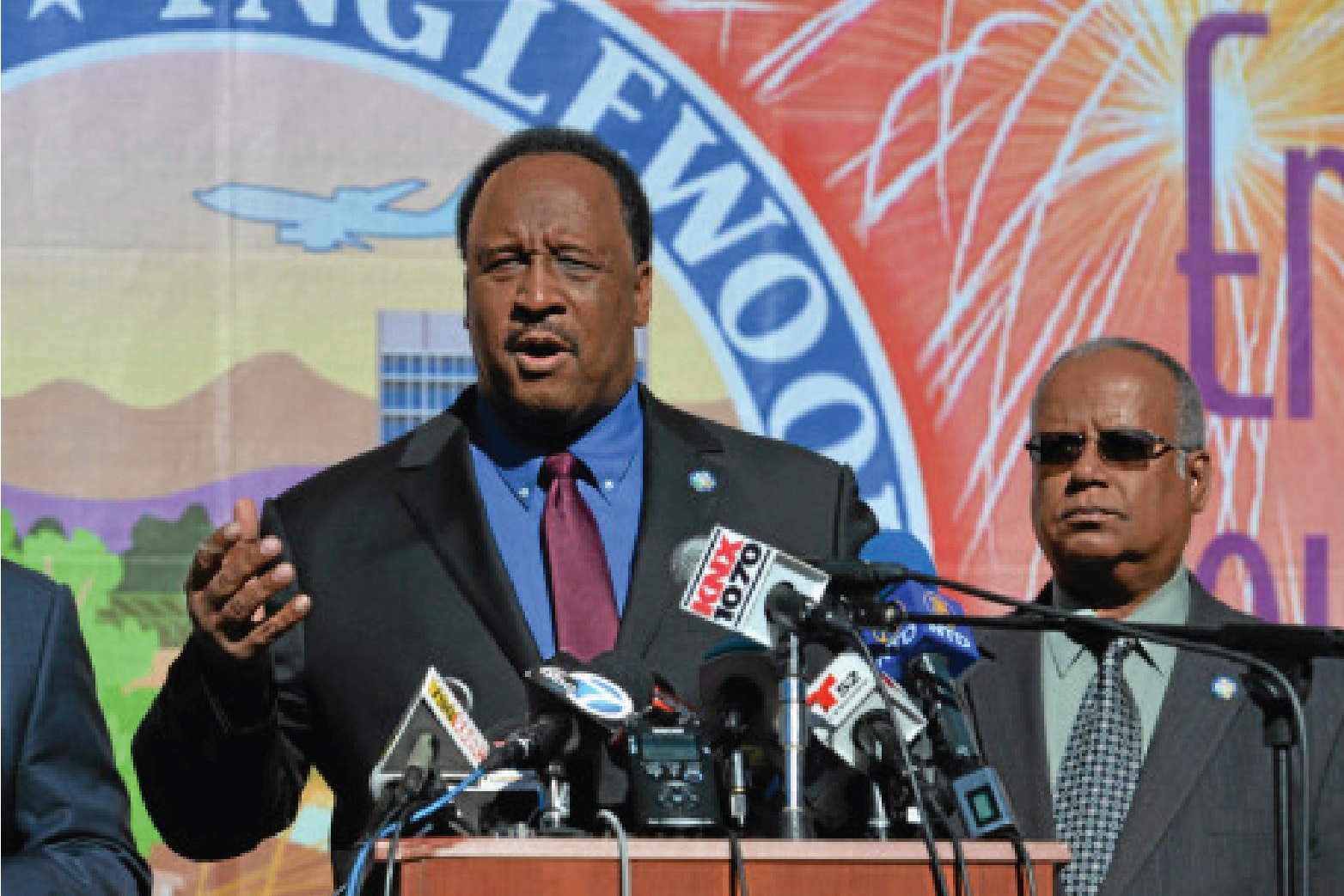 Photo by Valerie Goddloe via The Los Angeles Sentinel (Link)

Photo Courtesy of the Office of Mayor James Butts (Link)