Mayor Butts’ strong leadership is the culmination of decades of public service to the residents and the City he loves. Mayor Butts has held the rank of the general manager or assistant general manager of 4 large and complex municipal organizations for the past 32 years.

James T. Butts has served the residents of Inglewood for nearly two decades as an Inglewood police officer, ultimately rising to the rank of Deputy Chief of Police. Between 1980 and 1990 he was promoted 5 times. In 1995, James T. Butts was selected to become the Chief of Police for the City of Santa Monica where he served for 15 years. During his tenure as Chief, crime fell more than 64% in Santa Monica, its lowest level since 1956. Citizen complaints also fell by 50% and police liability payouts dropped by 99%.

Mr. Butts served 19 years in the Inglewood Police Department rising to the rank of Deputy Chief, 15 years as the Chief of Police for the City of Santa Monica, and 5 years as an assistant general manager for Los Angeles World Airports in charge of Public Safety and Counterterrorism; taking LAX to a NUMBER 1 ranking nationwide by the TSA in 2009. 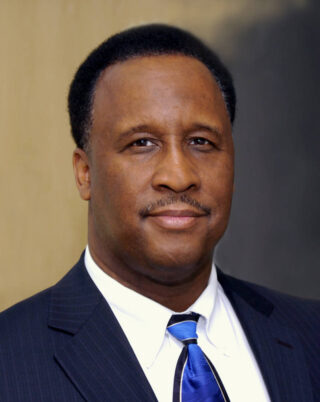 James T. Butts retired as one of the longest-serving police chiefs in the County of Los Angeles to serve as an Assistant General Manager/Deputy Executive Director of the Los Angeles World Airports system overseeing Public Safety and Counter-Terrorism. He was responsible for a budget of $116 million and 1,100 employees. From 2006 to 2010, the Mayor was directly responsible for the safety of 60 million passengers that travel through LAX. In less than 4 years, LAX went from being ranked near the bottom in airport security to being named the most secure airport in the United States by the Transportation Security Administration.

Photo by Brandon I. Brooks via Los Angeles Sentinel

Photo by Joe Scarnici via Getty Images for DIRECTV